Amherst College is considered one of the best liberal arts schools in the country. Founded in 1821, Amherst College’s campus is spread over 1,000 acres in Amherst, Massachusetts. The rural setting allows for students to participate in a truly grueling academic environment. Although the curriculum is difficult, students still find time to explore the many extracurricular activities available on campus. Amherst is an undergraduate-only campus, with a population of over 1,800 students.

Amherst belongs to the Five Colleges Consortium (including Smith, Mount Holyoke, Hampshire, and the University of Massachusetts at Amherst). Students at Amherst are permitted to take classes at any of the Five Colleges, opening up their study options even further. In fact, the consortium allows students to explore an additional 5,300 classes through the other four schools. Individuals can choose from more 40 majors (which means there are more than 860 courses offered at Amherst alone). Amherst is one of the few colleges that does not require undergraduate students to take specified core classes. Freshmen are required to take a First-Year Seminar, but these courses focus on skills like critical thinking and effective writing styles. Students are given significant freedom to design their own curriculum, but they still have to take required courses for each major’s department and successfully pass tests in those subjects. Many students decide to double-major or create their own interdisciplinary majors.

The college has earned many accolades for its professors. The student to faculty ratio is around 7.3 to one and roughly 71% of classes have less than 20 students. Faculty members are often accomplished academics, but Amherst still stresses the importance of the relationship between professors and students. Faculty members often serve as more than just instructors, but as mentors as well.

Despite the demanding academic programs, Amherst students have a rich social life on campus. Although Greek organizations have been banned since 1984, there are still more than 180 registered student organizations. Amherst is known as the “Singing College,” because of the many a cappella and singing groups. They are also known for having one of the oldest sports programs in the U.S. They take part in the NCAA’s Division III, the Eastern College Athletic Conference, and the New England Small College Athletic Conference (NESCAC).

With more than 98 percent of students living on campus, Amherst has created a tight-knit community with many traditions and customs. A challenging curriculum and the flexibility to develop majors also helps Amherst stand apart from the crowd. With a smaller population of students, the college has been able to maintain a dedicated roster of professors who are truly interested in helping their students succeed. Individuals interested in a liberal arts college with high standards should investigate all that Amherst has to offer. 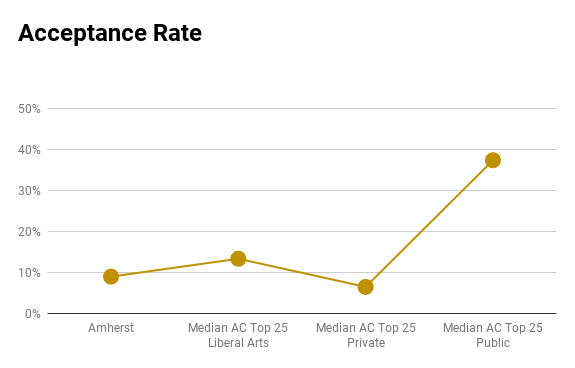 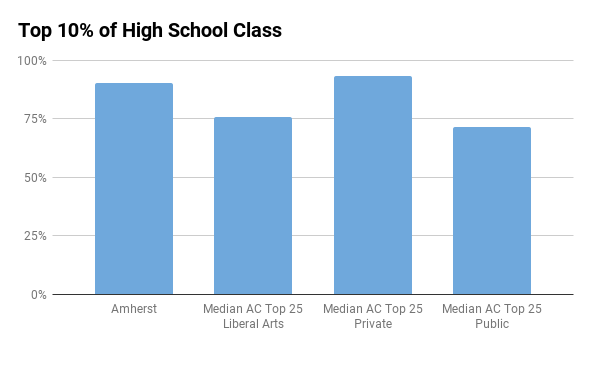 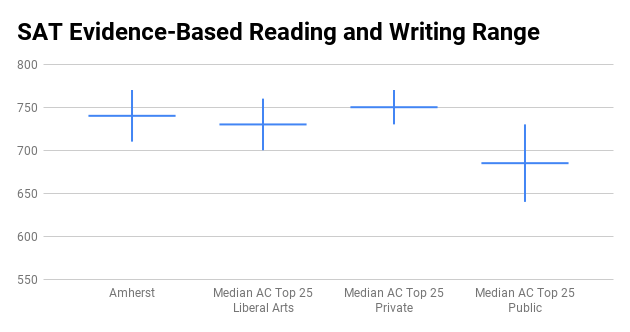 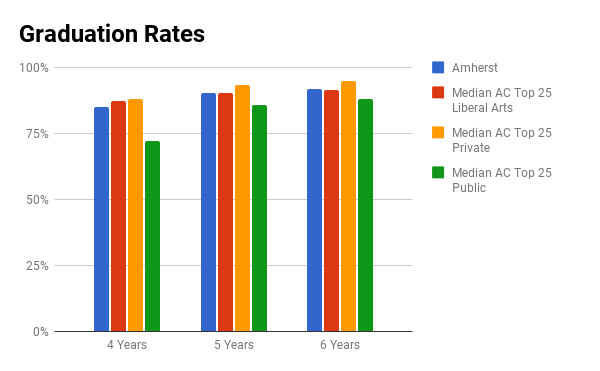 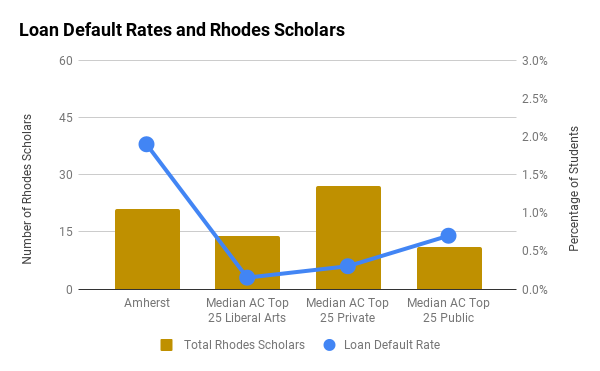 Transferred to another school: N/A 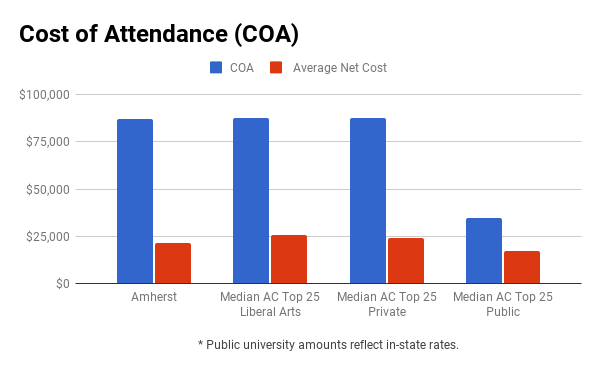 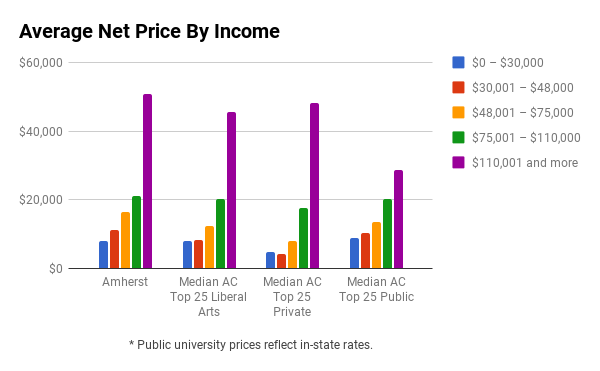 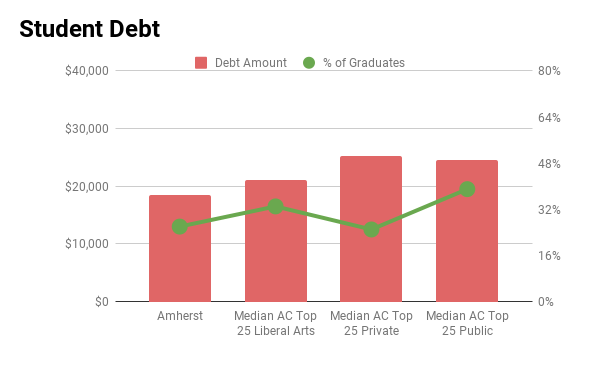 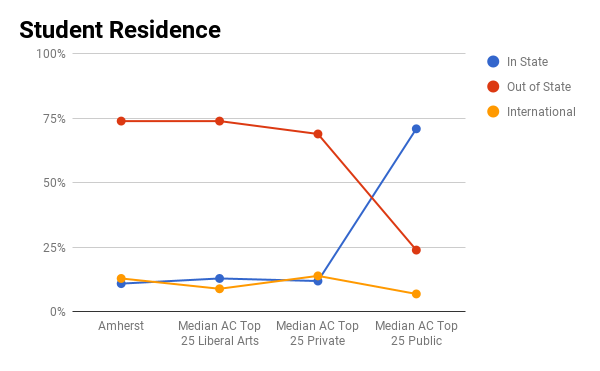 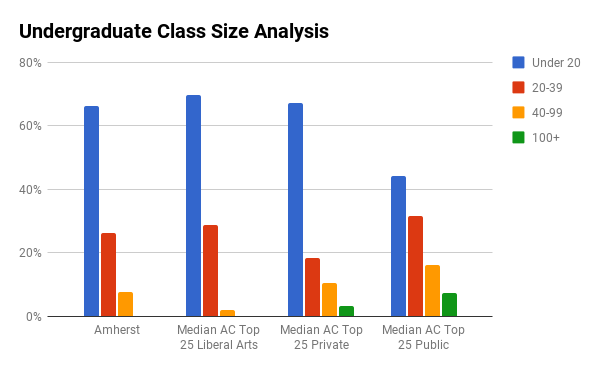 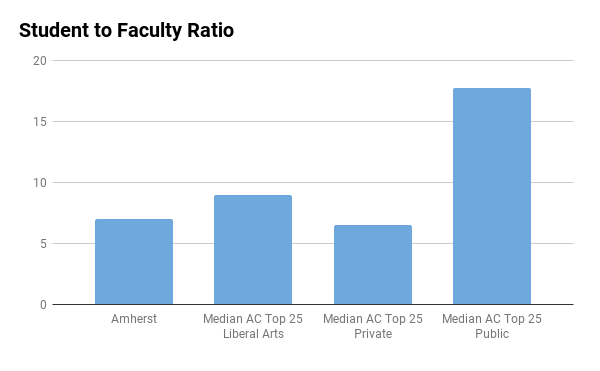 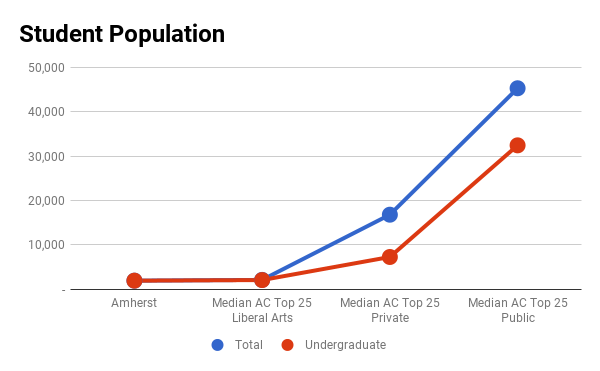 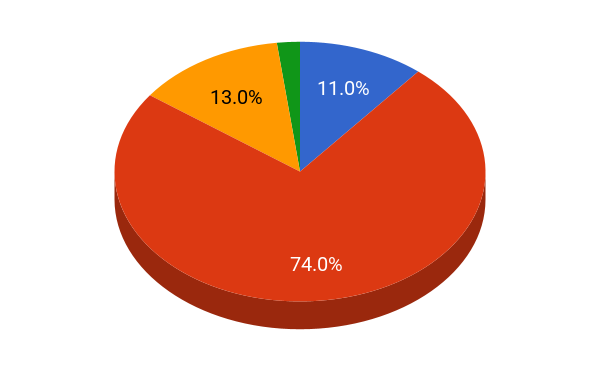